Priti Patel is the latest in a long line of sellout minorities in politics. Being Britain’s first female, B.A.M.E. (Black, Asian, And Minority Ethnic) Cabinet Minister could have been a noteworthy moment for our country. Unfortunately, Patel once told BBC Radio Kent not to label her “BME” as […] 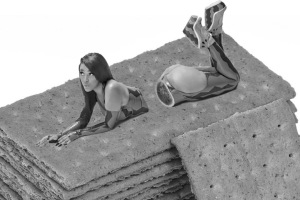 Although quite unique, Shirley Bassey’s singing voice has always sounded strange to me, like an airhorn on a train somehow became sentient. To my ears, her elongated vocals are akin to a cat slowly being squashed under a slow-moving steamroller. Her singing also has a slight doppler effect, […]

Romesh Ranganathan is the type of comedian who loves to vacillate almost schizophrenically on the topic of race, culture, and identity. His jokes basically affirm that he’s 100% British and he incessantly speaks about how he’s at odds with his family’s heritage, worse still he serves up this […]