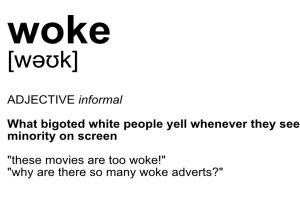 What Went Wrong With… The Word “Woke”?

It can be quite interesting to see language evolve, but more often than not, all we witness is slang terms becoming mainstream; their meaning changed and in most cases, weakened (remember Ali G‘s use of “Babylon”?). “Woke” was a term that meant being politically aware or awake to […]

What Went Wrong With… The Word “Hater” And Its Use In Popular Culture?

The word “hater” is nothing new, it was extremely overused in the nineties, in fact it began to gain so much momentum that it subsequently overran into the noughties. The word has even become a horridly hoary term in the teenies thanks to the appropriation of Hip-Hop culture. […]

Society has become extremely contradictory since the millennium, especially when it comes to liberty. The people incessantly brag about their freedom but following a certain event they seem to be in a mad dash to erode the very freedoms they’re apparently so fond of. After a terrorist attack […]