What Went Wrong With… Weddings & Marriage?

What Went Wrong With… The Words “Thug”, “Vandal”, “Barbarian” & “Philistine”?

With a poster plastered with mostly five stars, Spencer has to be one of the most overrated films this year. It opens with a kind of disclaimer which tells the viewer that what follows is “a fable from a true tragedy” (translates as made-up nonsense) but what pray […] 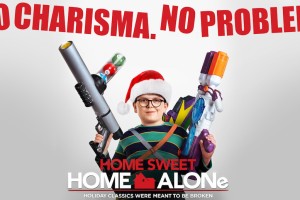 John Hughes’ original Home Alone is an undisputed holiday classic and Hughes’ sequel Home Alone 2: Lost In New York is watchable but unneeded (although it’s always great to see Tim Curry on screen). Hughes then penned the awful follow-up Home Alone 3 but it’s clear that once […] 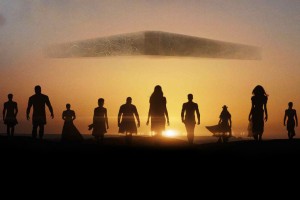 Over the last few years, it really feels like Marvel Studios are scraping the superhero barrel as they slowly get incorporated and assimilated into The Walt Disney Company money-making machine. Eternals is the 26th film in the slowly deteriorating MCU (Marvel Cinematic Universe) cog, which now seems to […]

It’s so irritating when a film has an intriguing premise, a talented and likeable lead, and all the visuals to make your eyes widen with delight, but then, approximately half-way through, it all goes horribly wrong. This is what watching Last Night In Soho was like; it started […]

What Went Wrong With… The Word “Woke”?

It can be quite interesting to see language evolve, but more often than not, all we witness is slang terms becoming mainstream; their meaning changed and in most cases, weakened (remember Ali G‘s use of “Babylon”?). “Woke” was a term that meant being politically aware or awake to […]

2018’s Halloween was overrated shite in my opinion, but for anyone who enjoyed that garbage (and apparently there were lots of you) director David Gordon Green and writers Danny McBride and Scott Teems today bring you their second movie in a planned trilogy of horror trash. If you […]

I remember when the first season of The Sopranos aired and a few people thought it was a poor man’s Goodfellas. The further and longer something goes on however, the public’s opinions slowly change, and when the show’s leading star passes away, even more people show up to […] 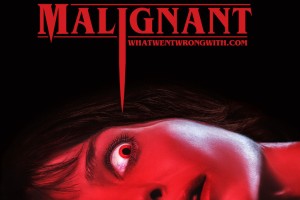 There’s nobody more pleased than me when James Wan makes a horror film. In my opinion, he’s a master of the horror genre. Unfortunately, James is very mediocre at directing action movies. Whenever Wan makes a Fast & Furious or an Aquaman, they’re quite forgettable when compared with […]

Would a celeb apologise for being a hate-filled bigot if they weren’t famous? From Mark Wahlberg to Leigh Francis, public apologies come thick and fast when a celebrity wants to come across as ashamed, but if they were a regular Joe, they’d most likely continue in their prejudiced […]

Seeing the quote “The Year’s Get Out” written over the poster, I took this to mean that Candyman is this year’s overrated horror movie that cliched white liberals will enjoy and typical white, anti-BLM conservatives will hate. Taking a look at the Google reviews, I think I’m correct. […]

Why do we Brits make shite horrors these days? We’re the home of Hammer Horror and Amicus and we produced so many classics back in the golden era of horror, but all we create now is pretentious shite that resembles a film student’s final year flick. This brings […]

Reminiscence is a science fiction mystery romance, but the real mystery is why this sci-fi trash was ever put into production. Maybe because HBO’s Westworld was a success, its writer and producer Lisa Joy was given a chance to write and direct a movie for WarnerMedia. In case […]