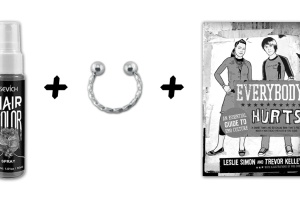 What Went Wrong With… Iris Apfel?

Iris Apfel popped-up out of nowhere and instantly became a face everybody recognised with a name that nobody had heard of. You’ve probably seen Apfel’s mush on the telly (mainly in advertisement campaigns) but I bet most of you don’t know (or care) what she did or why […] 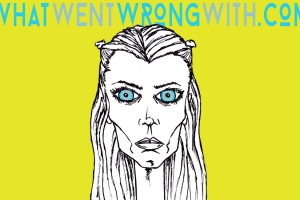 Abbey Lee Kershaw is yet another model who has pussyfooted her way into Hollywood. It seems that the fashion show catwalk leads directly into Tinseltown and anybody with skinny legs and a gaunt face is allowed to strut into it. If like me, you watched Mad Max: Fury […]

What Went Wrong With… The Polarisation Of Hip-Hop Culture?

In contemporary Hip-Hop culture it seems that fans, critics, and even musicians are constantly bickering with each other, often resorting to contrived responses and offering conventional examples of what they perceive as an accurate representation of Hip-Hop music. Now I’m all for criticising mediocre music but these days […] 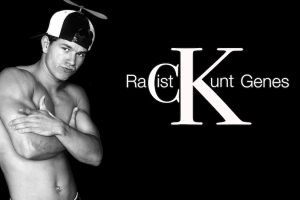 Mark Wahlberg is definitely up there when it comes to being the worst actor of all time. For some unknown reason this cretin was overrated by the media for his work in films like Boogie Nights and his career as an actor flourished despite him having all the […]

Back in 2013 I wrote an article about Kanye West, but like Ye himself that article is now out of date and irrelevant. Now that West has procreated with a talentless, big-arsed, reality-star and created two over-privileged sprogs from the Snapchat generation, made a few more overrated albums […] 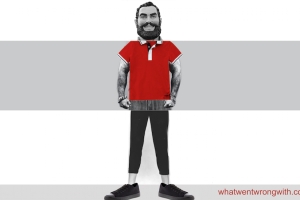 What Went Wrong With… Men’s Fashion: The Lumberjack In Leggings Look?

Contemporary men’s fashion seems to be going through a period of stagnancy and almost everything you see on today’s man is an amalgamation of clothing and accessories worn over the last decade. As a rule of thumb, anything underground is cool and anything overground is lame, and anything […]

It’s October 21st 2015, the date that Doc Brown, Marty McFly, and Jennifer Parker travelled to in the the classic time-travelling sequel Back To The Future Part II. But looking around at the real 2015, our present is very different from the predicted; there’s no flying cars, there’s […]

For the past year or so the mainstream has been going hell for leather to bring back the nineties, and whereas the underground has referenced the early 1990’s for quite some time, the masses have only just caught up. Like anything that becomes popular, this aesthetic is now […]

What Went Wrong With… The Public’s Reaction To Caitlyn Jenner (p.k.a. Bruce Jenner)?

If you take a look at the mainstream media, it seems we as a culture are at the stage where we patronise transsexuals, transvestites, and the transgender community. Most people would agree that post-plastic-surgery Bruce Jenner was a weird looking man, but now that he’s transformed into Caitlyn […]

What Went Wrong With… Georgia May Jagger?

Nepotism is an increasing problem in contemporary society, especially in the world of showbiz. Take a look at the celebrities of today, and you will notice that the vast majority of them are offspring of rich and powerful celebs of yesteryear. My problem with this corruption, is the […]