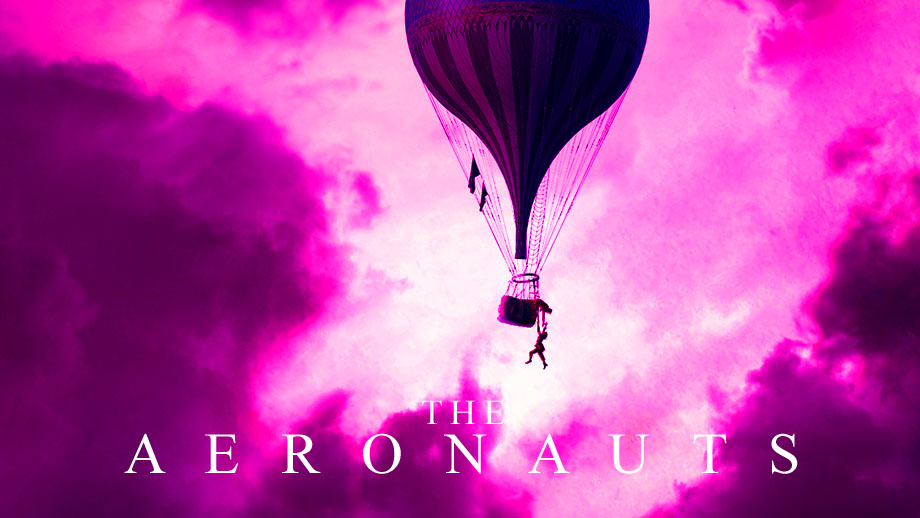 The “Inspired By True Events” disclaimer at the start of The Aeronauts should be written in a larger font. In real life, meteorologist James Glaisher, along with co-pilot Henry Tracey Coxwell, broke the world record for altitude in 1862 as they ascended in a gas balloon to approximately 35,000 feet. After Glaisher passed out at around 28,800 feet, Coxwell saved his life. In this fictionalised film however, James Glaisher, played by Eddie Redmayne, is accompanied by Amelia Wren, played by Felicity Jones. Amelia Wren never existed, in fact she’s a composite character comprised of real-life aeronaut and professional balloonist Sophie Blanchard and aeronaut and entertainer Margaret Graham. Since Sophie Blanchard was French, most of her ascents were in her own country and as far as I can tell, she never met Glaisher. Graham was the first British woman to make a solo flight, but again, I don’t think she met Glaisher either. So why erase Coxwell from history along with other notable women from that period?

The Aeronauts keeps the actual date of 1862 and we’re also told that the record to beat (23,000 feet) was set by the “French”. Glaisher and co. eventually beat this world record and reach 7 miles or almost 37,000 feet. Obviously this film wants to tackle an actual historical event but in some kind of attempt at being “inclusive” they’ve re-written history. There’s a line which is repeated by the two central characters: “higher than any man or any woman” (it’s spoken at least four times in the film) and it makes you cringe from the second time you hear it. Don’t forget that the filmmakers involved are Tom Harper (director and co-writer), Jack Thorne (co-writer), and Todd Lieberman and David Hoberman (producers). This team of men have decided to change history in order to somehow appeal to women but this gaggle of cocks have instead destroyed history and simultaneously made one of the dullest films in recent times. Redmayne’s line “I’m the scientist, you’re the pilot” should have been changed to “I’m the scientist, you’re a composite character that never was”.

As an IMAX film, this is another Dark Knight-style, aspect-ratio-hopping movie with the screen intermittently switching from full screen to cropped. This is not only visually annoying, the fact that all the balloon-set scenes are false, oil-paint-esque CGI (not to mention largely composed of close-up shots) the IMAX format is essentially wasted. I don’t like heights and the person I watched this film with suffers from vertigo, and neither of us thought this film was particularly scary. If you recall films such as Robert Zemeckis’ The Walk or Brad Bird’s Mission Impossible: Ghost Protocol, skilfully-filmed height can make your arsehole clench and your forehead sweat, but The Aeronauts is just a poorly shot movie with unrealistic backgrounds that never makes you feel like you’re way up in the sky or give you the sensation of falling. There is one scene which could have potentially been vertigo-inducing (where Amelia gets to the top of the balloon and then almost falls) but the camera suddenly spins along with the character and then fades out, so the entire scene is ruined.

There’s lots of interesting things going on in the peripheries of this movie. We learn that the term “meteorologist” was new, we’re shown an optical phenomenon known as a “glory” (although they call it an “aureole” in the film), we’re shown the symptoms of hypoxia, and we’re also told that back in the mid-1800s, scientist didn’t know there’d be less humidity the higher they got (they thought they would be closer to the sun and therefore feel hotter). All these things are interesting, especially since the film is about the early days of aeronautics and meteorology but they are almost pushed to the side. Maybe explain to all us layman in the cinema, the various instruments and the readings that are expected. There’s something that resembles a football ratchet rattle but we’re never told what it’s purpose is. The writer and director never even attempt to tell the audience what is being checked and what is already known so we’re left watching two people in a wicker basket fiddling with random instruments for two hours.

There’s quite a lot wrong with the construct of this film. The fact that the balloon ride is set in the present, all the flashbacks where James is trying to convince people to take him into the air are unnecessary and un-enthralling. Who the fuck cares about logistics when we know they end up in a balloon? There’s also the fact that Amelia repeats the need for “oil skins” (because of the cold) but forgets to bring gloves despite knowing about the perils of frost-bite. The only scene that worked was where the carrier pigeon falls from the basket (in real life, one of Glaisher’s pigeons died). Apart from that, nothing made me laugh, nothing made me cry, nothing excited me, and nothing terrified me. The Aeronauts was very disappointing.

The Current War was a more interesting film and it was shot in a way that was unique (it almost looked like a music video from the 1990s). The Aeronauts looks like something you’d watch on the telly at Christmas, and you’d endure it because err… it’s the telly and it’s Christmas. Paying to watch something that hardly looks cinematic, that generally bores you, and more importantly: lies to you, you’ve basically wasted your money. Just wait for this Amazon Studios film to appear on Prime Video. This is not something to watch on the big screen.

The Aeronauts contains some great actors including Eddie Redmayne, Felicity Jones, Himesh Patel, and Tom Courtney but they’re not exactly challenged in this film. Eddie Redmayne doesn’t look much like the real-life James Glaisher so the casting seems more like an unimaginative casting director trying to mask a crap film with Oscar winners…. hey, maybe put the two leads from The Theory Of Everything in this… that’ll give a faux sense of grandeur to a below average movie!

Back to the issue of made-up history, I remember that Mark Wahlberg‘s character in Patriot’s Day was also a composite character, and that too was offensive. If a group of people were Boston Bombing heroes, why not congratulate them by name? Why invent someone who never existed and re-write history to favour the career of one actor rather the people who inspired the story?

In The Aeronauts, Himesh Patel of Yesterday-fame, plays John Trew who also never existed. I doubt that an Indo-British scientist would have an English name and be treated the same as the white people back in 1862. Remember the film The Man Who Knew Infinity? That’s what it was like for a minority at the turn of the century in Britain. And remember that women didn’t get the vote until 1918, but according to this flick, they could just walk around and brush past men at a sexist institution in the 1860s. This film has many lines saying “we” did this, “we” did that. The truth is, “we” didn’t. Two white men made the trip shown in the film. That’s not racist or sexist, it’s fact. I mean, it was the 1800s in Britain, what do you expect? If black people and women were on the same standing as white men, then where’s the struggle? What’s the point in changing society if everything was fine 150 years ago?

Bloggers such as Sasha Stone have bought into this historical stupidity. She wrote in her review of the film, that it “inspires young girls and nudges the perspectives of young boys… (proving) that women can be just as excited about taking a hero’s journey as any man can”. WTF? It’s not real! At one point in the film, “Amelia’s remarkable courage” is mentioned, but hold on, Amelia didn’t exist! How is a lie inspiring?

Changing a character’s sex also changes the dynamics and story in other (unintentional) ways. When James passes out in this film, it looks like he’s suffering from the height-equivalent of Man Flu, assuming the foetal position and dying, as a woman saves him. But since James Glaisher went up in the balloon with Henry Coxwell, this isn’t the case. This is surely a slap in the face for Coxwell and his real-life heroics?

If this kind of filmic-foolishness is accepted, at some point, Hollywood twats could say there were two men and one woman who first landed on the moon or go completely the other way and say one of the Nazis or SS was an Arab. Changing history for entertainment’s sake is completely moronic. If a thousand years from now, when all books are crumbling, data servers are wiped, and all that remains are Hollywood movies, the past will be a jumbled fabrication.

Shouldn’t we celebrate the achievements of real people? This re-writing of history benefits nobody, especially when it’s done so badly. And if you’re going to invent a character, why not make Amelia a scientist too? Oh no, she’s a show-woman, a circus-like ringmaster for the important scientist, a scientist who is only speaking to a woman because she owns a balloon (what a slut he is). In this completely non-sexist film, the aeronautic duo consists of a woman who is essentially an expert at ballooning and a male scientist who has never been up in the air, but in the end it’s the man who thinks of turning the balloon into a parachute and rescues the woman… yeah, clever men!

And don’t forget; thanks to these pricky filmmakers, a woman who goes on a scientific expedition brings her make-up remover, her handbag sized dog called “Posey”, and sticks her high-heel shoe in the top of the balloon to save the day! These are some of the most sexist ideas put on film, and the fact that a bunch of men came up with them makes the entire film condescending.

Females told Hollywood to give them the funding to write and direct their own films. Hollywood said okay, make Wonder Woman, Black Widow, and Birds Of Prey, because you know, comic book characters are oh so important. But meanwhile, men are given a free pass to patronise them, constructing shite fantasies whilst pushing women away from non fiction, elbowing them away as they lie to their faces… Look love, I’ve written a bird into the past so you can feel empowered. Fuck off.