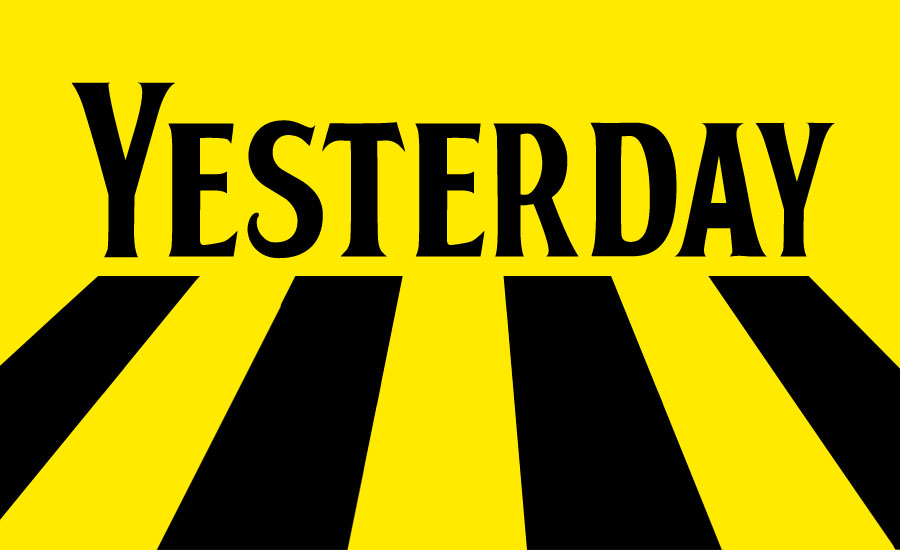 Written by Richard Curtis and directed by Danny Boyle, Yesterday tells the story of a busker, pub performer, and part-time warehouse worker Jack Malik whose biggest music gig is an almost empty tent at the Latitude Festival. One night, during a worldwide blackout, Jack is struck by a bus and when he awakens from this accident, he seems to be the only person in the world who remembers the music of The Beatles. Should he use this knowledge to his advantage and to further his career?

After this mysterious worldwide blackout, The Beatles don’t exist and by extension of the butterfly effect, neither do Oasis (which makes sense given the direct influence). But wait… in this dimension, Coca Cola and cigarettes don’t exist either and by the time we get to the finale, we find out that a very well-known novelist is also unheard of. At first this intrigued me: how did the nonexistence of The Beatles affect Coke? Didn’t cola and tobacco predate The Beatles? Very interesting I thought. It turns out however, that aside from Oasis, every other amnesiac product or person is random (sigh). But what about Paul Weller, The Eagles, or Bruce Springsteen? There are so many artists who have stated that it was The Beatles who inspired them to be singers, surely it would be interesting to explore this rather than the unfortunate existence of Childish Gambino? But no, it’s on to more predictable fare (yawn).

During the promotion of Yesterday, we’ve been reminded that this is not a Sci-Fi film, which is a subtle way of saying “don’t expect too much”. This movie is billed as a Fantasy, although it’s more accurately a Romcom. It’s very peculiar that the film’s stars along with the trailers have been downplaying the romance portion of this movie, after watching it, the relationship between Jack and his manager Ellie is integral if not the main focus of the entire film. Are the studios uncomfortable with an interracial couple in 2019? Is this concept such a hard sell in this day and age? The fact that all the posters keep highlighting “the director of Slumdog Millionaire” as in “you know the director of that other movie starring Indians?” it goes to show how many steps entertainment has taken both forwards and backwards. Make no mistake: subtle racism is still alive and well in a superficially “woke” Hollywood.

Speaking of Slumdog, Danny Boyle doesn’t put his visual stamp on Yesterday, in fact there could have been anybody sitting in the director’s chair. This film isn’t bold in any way, whether it’s the writing or the direction. Boyle does use a couple of Dutch angles (for no apparent reason) but this tilted camera technique brings nothing to the film’s style or overall tone.

In terms of writing, this isn’t the 1983-1993 Richard Curtis, this is more 1994-present Curtis; maker of mundane, throwaway romance “comedies”. If like me, you’ve resigned to the fact that Richard is never going to make another Blackadder or Bernard And The Genie, then yes, this is a perfectly adequate film. But an “adequate film” is not exactly something you rush to see. There are some funny moments in Yesterday but they’ll coax nothing more than a hiss through your nostrils rather than a noise from your gob.

Himesh Patel (who plays Jack Malik) proved his comedic talent in Eastenders and Damned but there’s no laugh-out-loud lines for him here. Despite the lack of genuine humour however, he is very likeable as the lead. I like the fact that Jack’s ethnicity is incidental, it’s not even relevant to the plot (kinda like Tessa Thompson in MIB: International) which is refreshing and something that should happen more often. I’ll also say that Patel can sing pretty well (as well as play instruments I assume) and he makes “Yesterday” sound very sombre and poignant.

Lily James (who plays Ellie Appleton, manager, friend, and love interest) is also likeable and she plays the scenes where she declares her unrequited love for Jack very well. I have to point out however, that Ellie isn’t out-of-Jack’s-league beautiful like the film infers, with Patel’s unattractive looks being commented on a few times. This is odd since Himesh’s facial features are on the scale of Russell Brand and Chris Rock and they seem to be doing pretty well financially and nether-regionally without anyone being disparaging about their looks. All this talk of Jack Malik looking odd is particularly strange when you consider that Ed Sheeran who looks like a Viking’s testicle is within earshot of these comments.

Ed Sheeran (who plays himself) is one of the main characters in Yesterday. Ed is always aware that the camera is there and he therefore looks like he’s acting which ruins any scene in which he’s present. The fact that he can’t act doesn’t seem to bother the casting director or the director because one of the main points of this film is that Ed Sheeran is second best only to The Beatles! No wonder Sheeran said yes to this movie, saying his music is only surpassed by the Fab Four must give him a big head (although he has a giant noggin already).

The film also stars Kate McKinnon who isn’t overly dislikable or particularly funny, her music executive character not very satirical or that memorable. Normally McKinnon stands out (as she did in the appalling Ghostbusters remake) but here she looks bored, like she doesn’t need to try as hard for a British movie (think Matt LaBlanc in Episodes). There’s also a gaggle of annoying, two-dimensional, middle-class friends, most of them very familiar if you’ve watched Curtis’ previous films. Joel Fry as Rocky for example, is very much in the same vein as Rhys Ifans’ Spike in Notting Hill.

In terms of plot, taking the credit for artistic work isn’t exactly original. This concept was better explored in The Rebel which was a direct satire of the world in which it was set. Yesterday‘s music industry setting isn’t used to satirise it, and aside from a humourous scene about The White Album, there’s almost zero comment about this sector of entertainment, in fact this movie just seems like a vehicle by which the film-makers can force a Beatles-scored Rom-com on us all.

Aside from the Romcom (or the Romcom-denial) the most obvious point of this movie is that The Beatles are the greatest Pop-Rock musicians of all time. But presumably since The Rolling Stones exist everything is great in the Rock genre? Or are John, Paul, George, and Ringo the G.O.A.T. of all music? Interesting that there’s no mention of The Wings? Maybe this alternate world does have its bonuses.

And then there’s the fact that John Lennon is still alive and well (although the make-up, voice, and actor is not quite believable) but this scene isn’t conveyed in a Catch-22 way: if you want The Beatles back, you also have to have the assassination, which could have been very emotive. And whilst on the topic of Lennon, why doesn’t Malik start to perform his solo stuff? “Imagine” is a classic that any Beatles fan would instantly claim is theirs given the opportunity. Rights issues perhaps? (sigh)

Like I said; this is a story that starts out intriguing but it becomes a mawkish Romcom at the half-way mark. Yesterday is billed as “The Feel Good Film Of The Year” but it isn’t. Aside from being a congregation of The Beatles’ Appreciation Society, the overriding message seems to be: you’ll never be one of the greats so “make do”, just have a dull life with your semi-detached house and your 1.8 children (boo).

By the time “Ob-la-di, ob-la-da” starts to play, you realise that you’ve been hoodwinked into yet another soppy and sentimental movie that will be forgotten about in the years to come. This isn’t Groundhog Day, a film that blended romance with science fiction in a brilliant way, this is another Love Actually albeit in disguise.

I acknowledge that Richard Curtis‘ greatest film Bernard And The Genie also ended with a romantic finish but the rest of the story was an adventure. Surely if something fantastical occurs, something incredible should follow? This idea of a Mandela Effect is offered to the audience but it’s not properly explored. Why offer up time travel (About Time) or alternate dimensions (Yesterday) when the end result is mere hackneyed sentimentality? Hasn’t Curtis grown tired of saccharin-infused lovey-dovey pap? We the public have had enough of Billy Mack, we want more Bernard Bottle.

All Your Troubles Seemed So Far Away.