What Went Wrong With… The Rocky Horror Picture Show: Let’s Do The Time Warp Again?

These days when you’re confronted with some substandard shite on cinema or television, nine times out of ten its a sequel, a reboot, or a remake. Not only that, but with such mediocre actors, writers, directors, and producers working in show business today, their collective lameness increases the mediocrity of the recycled creation. Every time you sit down and watch one of these shoddy productions you can almost picture a couple of suits sat around plotting how they can ruin some classic piece of film or television.

Take the recent remake of ‘The Rocky Horror Picture Show’, it was so excruciatingly bad that it had me open-mouthed as soon as it began. Ten minutes into the show and I began to wonder how something this inferior could make it onto the airwaves. With Laverne Cox’s downright horrible, caricature-esque portrayal of Tim Curry’s brilliant character Dr. Frank N. Furter, Reeve Carney making Richard O’Brien’s Riff Raff character a bland and amateur-looking blot on the screen, everybody acting and singing in this appalling remake was the worst kind of performer. There was also Cox’s on and off British accent not to mention her ruination of the “Antici… pation” line. Then there was the annoying addition of the show-within-a-show-style audience participation, the cheap and tacky sets, the third-rate cast, and the preteen kid’s show aesthetics, the whole god-awful TV movie made me want to dig out the old 1975 version and watch that instead.

With such effluence on my screen, it made me wonder – surely a debacle of this magnitude can only be created on purpose. Surely something this bad can only be green-lit if a group of bastards have purposely set out to destroy the memory of the original cult-favourite science-fiction-comedy-horror musical. I’m not saying that this is how it went down, but from watching the catastrophe known as ‘The Rocky Horror Picture Show: Let’s Do The Time Warp Again’ I can only assume that the pre-production meeting went something like this…

A tall post-modern glass building stands above an underground car park, the bays occupied with Maserati GranTurismos and the odd Tesla S for the superficially environmentally-minded executive. Several floors above this car park is located a brightly-lit room where the occupants of the cars stand around a contemporary glass and stainless steel conference table. This trio of white, middle-aged, heterosexual men wearing tailored suit trousers accompanied by white weekend-casual t-shirts walk toward the leather seats and sit down. Let’s call this unholy trinity; Mr. D. Emon, Mr. Lou Cypher, and their leader by Mr. Dybbuk – they begin to discuss their latest money making ideas for film and television while a lone intern fresh out of film school eager to learn about the industry sits by them.

“We need another remake or reboot, so what property can we rape today?” asks Mr. Dybbuk, the leader of the group.

Mr. Cypher is the first to respond, “Well I think we should find something that appeals to the middle-class hipster market, they’re always willing to dig into their vintage pockets”.

“What we need to do is to tap into the gay market, that’s where the money is” Mr Emon suggests.

“Yes! G-A-Y is in right now” exclaims Cypher abandoning his thoughts about Hipsters.

“Okay, let’s blue-sky gay films” says Dybbuk. The group begins to ponder for a few seconds before Cypher opens his mouth “Well, Cabaret’s been done to death, what about Priscilla, Queen Of The Desert?”.

“Isn’t that too old?” asks Emon gingerly trying not to offend Dybbuk.

Cypher stands up and begins to walk around the table “What about Hairspray? That’s younger, and it’s pretty camp. I know it was remade in 2007, but a decade’s long enough to re-hash the idea.”

“We could make an all-male Guys and Dolls?” offers Cypher as he stands in front of the panoramic glass window.

Emon replies from the other side of the table “Too gang oriented, plus gangsters are too masculine for today’s crowd”

Mr. Dybbuk, an imposing figure who sits at the head of the table, slowly leans forward, his high backed chair squeaks with the weight of his authority and causes the group to pay attention “You know what’s hotter than gay in 2016? Transgender, especially on television, just look at ‘Transparent'”.

“I agree, we need something that will fit into a post-Caitlyn culture” answers Cypher as he walks back to the table and sits down rubber stamping Mr Dybbuk’s suggestion.

“I have it!” shouts Emon. As he stands up, the crumbs from his breakfast danish drop from his designer tee and scatters over the marble floor. ‘Rocky Horror Picture Show!’ It’s camp, gay, and transexual, or at least transvestite. It’s ripe for a remake or a sequel”.

“A remake” says Mr Dybbuk “forget a sequel, we can make a word for word copy on a minuscule budget, hire some stage school drop-outs for next to nothing, call round and find a willing cameo, and if you can get a famous trans actor, we’d have a hit on our hands”.

Emon hastily reaches fro his iPad Pro while Cypher asserts himself once more, “We could get the Wachowski brothers to direct it, they’re both transgender now, right?”

Dybbuk replies “We don’t want talented transgender people involved, we’re not here to waste money on making credible shows. We’re here to leach off the past, hire the cheapest, most obsequious people around. We don’t want creativity getting in the way of profit”

“What about that tall black chick from ‘Orange Is The New Black’, she’ll show up to the opening of an envelope” says Emon after a quick Google search.

The intern interrupts “I have a great idea on how to update ‘Rocky Horror’, we could cast that rapper Riff Raff as ‘Riff Raff’ and A$AP Rocky can play ‘Rocky’”.

“We don’t want to fill this remake with blacks, one negro is enough” says Cypher

Emon looks up from his iPad as he Googles the intern’s suggestion, “Riff Raff isn’t a black guy” he says.

“Never mind what colour they are, rappers are too heterosexual anyway” says Cypher.

Emon interrupts “Heterosexual? Have you seen this Yamborghini video?” He turns round the iPad showing the YouTube video, “He’s wearing a pink bandanna round his neck, if that’s not a shirt-lifter I’ll eat my black card…ha ha!”

Mr. Dybbuk slams his hand on the table and roars “Hey, less of the derogatory terms, our boardroom could be bugged, we’ve got that tax investigation coming up soon, you never know who’s listening. If the media find out that we actually hate minorities we’ll never be able to sell anything… at least for a while”

Cypher responds “Forget rappers, we need sweet, wholesome white singers, plus it has to be a homosexual that’s known to the public. Someone who’s already out of the closet”. He pauses and adds, “People won’t buy into the ‘Rocky Horror Rap Show’, our remake has to appeal to the masses; teenagers to grandparents, the biggest audience we can reach, the more moola we’ll make”

Emon Googles ‘gay actors and singers’, “Why not get someone like Adam Lambert? He’s a Reality TV winner, those lot will do anything for fame and recognition.”

Dybbuk leans back into his leather chair “At the end of the day, it doesn’t matter who we hire, what we’ve gotta make sure of is that we show we’re supportive of LGBT, that’s the buzzword, or buzz acronym these days”

Dybbuk raises his voice “Lickers, Guzzlers, Bummers, Tossers, Queers, ha ha who gives a fuck? Anybody that’s getting airtime these days – that’s what we’ll pander to; black’s are so last century, Muslims are so last decade, gay and trans people – that’s right now!”

Cypher agrees “Exactly, your average Joe Blow who’s son is coming out as gay, that idiot can’t tell the difference between gays, bis, lesbians, transvestites, transgender, it’s all one big flag of acceptance right now. If we want to appeal to millennials, their parents, and their grandparents just stick a giant LGBTQ sign on something and they’ll all come running. Those letters are like bait to anybody wanting to look inclusive”

Emon becomes enthusiastic, “We should make it obvious, we could put a giant gay flag or rainbow plaque on the set. Somewhere in the background.”

“What if we make the dome in Dr. Frank-N-Furter’s laboratory a rainbow colour?” says Mr. Cypher.

“Won’t that take the production over budget?” Asks the intern.

“Probably” answers Cypher, “but we can easily cut some of the budget from the cast and crew, just hire the cheapest talent available. It doesn’t matter if the end result looks like something on the Disney Channel or Nickelodeon, the idiots out there will watch whatever we tell them to”

Mr. Emon asserts “If we’re ignoring mood, feeling, and credibility, while we’re at it why don’t we make our remake look like an episode of ‘Glee’?”

“Sure, that was a popular show, if our ‘Rocky Horror’ remake inadvertently reminds people of another popular show, surely that’ll make it even more popular?” adds Cypher.

The intern reluctantly interjects “But ‘Glee’ was tacky, the 1975 ‘Rocky Horror Picture Show’ was slightly subversive. It was a tribute to the past and at the same time it was a parody, if we don’t reference sci-fi and horror like the original did, won’t we lose our core audience?”

Dybbuk looks at the intern and scowls “Fuck the core audience! They’ll come running as soon as they hear ‘Let’s Do The Time Warp’ in fact we’ll add a sub-heading ‘Let’s Do The Time Warp Again’ below the title”. After some thought he goes on “Forget the spirit of the original, we’re businessmen and this is the entertainment business. If it makes us money who cares if we shit all over the original”

Mr. Emon looks down at his Calendar app “Hey, don’t forget that it’s Halloween soon. People will be so into the celebration to care that our remake is substandard, patronising, or offensive”

Mr. Dybbuk looks pleased as he declares “That’s settled, ‘The Rocky Horror Picture TV Show 2016’ starring Laverne Cox and Adam Lambert”. He rotates his chair “Oh and you, kid” he points to the intern “This is Hollywood, we don’t want to hire people who can think for themselves, we want yes men. There’s no place for someone like you in showbiz. Don’t bother coming in tomorrow”. The intern looks dejected and crestfallen but picks up his laptop and places it into his torn rucksack. As he walks sullenly out of the room Mr. Dybbuk addresses the remaining audience “So that’s ‘The Rocky Horror Picture Show’ destroyed, what shall we ruin next? ‘The Little Shop Of Horrors’?” 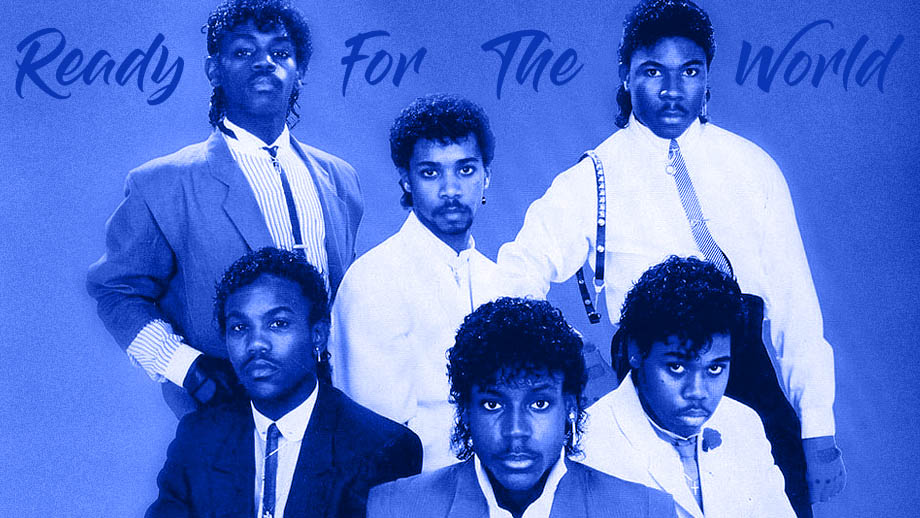 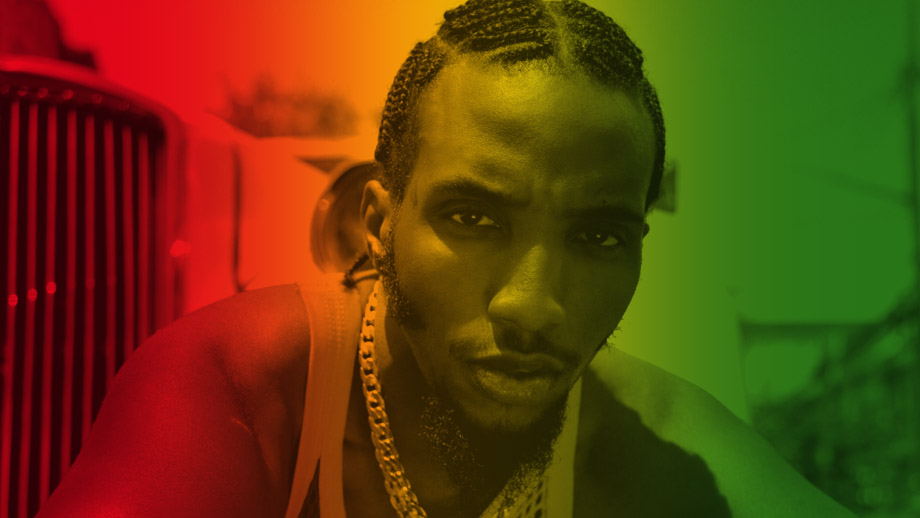