What Went Wrong With… The Martian? 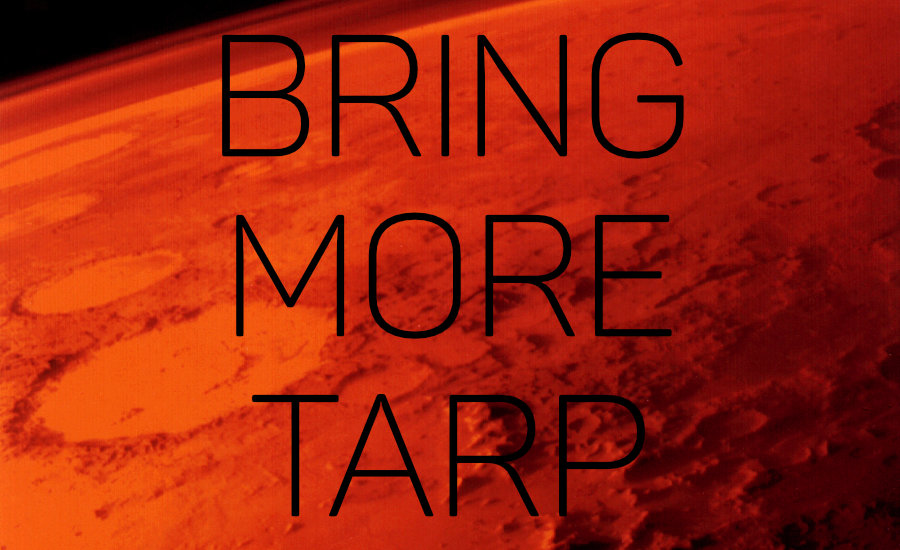 The Martian is one of those films that was wildly overrated when it was first released, including many rave reviews from critics and members of the public, but now that I’ve had the chance to watch it I have no idea what all the fuss was about. The Martian of course was directed by Ridley Scott who was also responsible for the classic Alien, so I assume everybody’s knee-jerk reaction to this film was: Scott + Space = Spectacular, but if these people looked past the undeserved infallibility that surrounds the director surely they’d see that The Martian is no Alien! Before proceeding any further, I must point out that I haven’t read the book, so I don’t know how much of the problem lies with the film and how much is the fault of the story itself, in any case The Martian isn’t the spectacular joyride it was described as in 2015, in fact it’s distinctly average.

The Martian tells the story of Astronaut and Botanist Mark Watney who after being blown away by a sandstorm on Mars is presumed dead by his crew and is therefore left alone on the red planet. Against all odds, Watney survives not only the storm but also a mini-impaling by an antenna, and he then has to exist on a inhabitable planet using his scientific skills and leftover tech as the crew who abandoned him decide whether to “courageously” go back and save their team member. All this reads like it should be an edge-of-your-seat thrill-ride and for around an hour it almost is; but apart from Watney wrapping everything in plastic sheeting, setting hydrogen alight and collecting the water vapour like a Mars-based “All Is Lost”, growing potatoes, and even coming up with a hexadecimal code to communicate with Earth, everything else is less than enthralling.

The rest of the flick is heaving with Sci-Fi-Action contrivances; firstly there’s the over-the-top unanimous command centre cheering, there’s the clichéd scene of trying to get an ETA down from X days to Y days, there’s the corny idea of one outsider scientist coming up with a solution that nobody else has thought of. Further contrivances include international cooperation between China and the US, the enthusiastically heroic ex-military astronauts, and let’s not forget the ironic “we hate you” buddy-buddy text messages from crew member Rick Martinez to Watney. There’s also the Michael Bay or Roland Emmerich style international arse-kissing with crowds forming in Times Square and Trafalgar Square to watch the unfolding event (live and unedited I must add – like that would ever happen). It seems that everybody around the world prefers to gather around public television displays, forget watching this at home, let’s all go to the nearest outdoor, cold, crowded place to watch a bad quality delayed image on a giant screen. As the camera pans across a wannabe internationally diverse crowd, we can see them all stunned by the footage, they all stand there gawping at some half-dead guy being brought back to Earth… which I assume they all know will take several months! I hope these people have brought their sleeping bags with them.

We then have the strange plot device of being left on Mars with a collection of “Disco” songs, almost as if the producer or writer watched Guardians Of The Galaxy and wanted to make a middle-aged “Awesome Mix Vol. 3”. Unfortunately with shite like “Waterloo” by ABBA (which isn’t even Disco) playing in the background, it makes you hate the movie more than you should. On the topic of “Disco” music, not all of what is labelled “Disco” in the film is actual “Disco” music, I mean there’s David Bowie’s “Star Man” which is Glam-Rock, and speaking of Bowie, weirdly there’s no “Life On Mars” which I thought would have been an obvious choice. When Watney incorrectly proclaims that “Hot Stuff” is “the least Disco sounding song” he has, I guess he wasn’t listening to the loud-arsed Dansband and Glam playing in the background as his rescue-planning montage commenced. In any case, after hearing the soundtrack it felt to me like some intern working for the music department had searched through 1970’s Pop music and ignored the premise of each song as long as the title or first line was slightly relevant for the scene it was intended to be tacked onto. I mean there’s “Love Train” simply because of the line “People all over the world, join hands” and there’s also Gloria Gaynor’s “I Will Survive” which ignores the topic of a relationship break-up and just feels sloppy and tacky in equal measures. As a so-called running gag, the music in The Martian is not funny in the slightest.

The cast of The Martian also includes some horrid “actors” including round-flat-faced Childish Gambino (of Hipster-Hop and Girls fame) and long-flat-faced Kristen Wiig (of overrated-comedy fame). People like this just distract from the talent of Matt Damon, Jessica Chastain, Chiwetel Ejiofor, and Sean Bean and they are noticeably not of the same calibre. This sub-standard supporting cast (who are about as convincing as the press pool in the movie) make what should be a sturdy film feel rather flimsy and they let the overall “look” down. Producers and casting directors take note; never mix below average actors with above average actors, the bad ones will always detract from the good.

Whilst on the topic of film production and development, you can almost picture some Hollywood exec in 2014 holding the book aloft and exclaiming over a conference call… “Hey, Alien was a landmark space movie, let’s get Ridley Scott for this. And Matt Damon was pretty darn good at playing the solitary spaceman in Interstellar, let’s get him! And wasn’t Chastain in Interstellar too? Hire her now!”. But this cut-and-shut method of film-making is pretty obvious and it never results in an original film.

There’s also the issue of Ridley “Whitewashing” Scott making yet another motion picture which features a few instances of race-swapping, and although the author of the novel has defended the casting, I was rather looking forward to Ridley’s Exodus-style excuse; “I can’t make a film of this budget with Klaatu so and so from such and such…” but sadly that never happened.

The Martian is not as arse-numbingly bad as Interstellar, but that’s not saying much. It seems that over the last several years we’ve had a few lacklustre space vehicles such as the aforementioned “Interstellar”, “Gravity”, and “The Martian” and all of them have been overrated and ultimately disappointing. It’s almost like NASA is being marketed to the public so we’re all on board when they begin to waste astronomical amounts of money on back-to-back Mars missions. This film in particular is like some unashamed love letter to NASA Scientists and Astronauts, and yet just to appeal to the average cinema-goer, lines like “I’m gonna have to science the shit out of this” are spoken by lead character Mark Watney PhD. With the character Beth Johanssen (an Astronaut who is described as a “super-nerd” by Watney) saying “’cause” instead of “because”, things like this ruin the believability of the characters’ supposed intelligence, hey we wouldn’t want to alienate the general public, pardon the crap pun(s).

So to close, The Martian isn’t the worst space movie I’ve seen, it isn’t even the worst Mars-based movie I’ve seen (The Last Days On Mars or Ghosts Of Mars take that accolade). But not being the worst doesn’t raise an average film to the levels of genius which seems to be the skewed thinking by most mainstream critics these days. This is a film which has too many things wrong with it to be praised the way it has been. It may include a few good ideas but the overall film is predictable and a bit too light-hearted to be memorable. The Martian was touted as a “crowd-pleasing thrill ride” when it was first released, but it’s anything but. I was part of a crowd and we weren’t thrilled at all.

There is only one reason to watch The Martian that I can think of, and that’s if you’re curious to know what a 141 minute, $108,000,000 advert for tarpaulin would look like.

In Space No One Can Hear You Yawn.