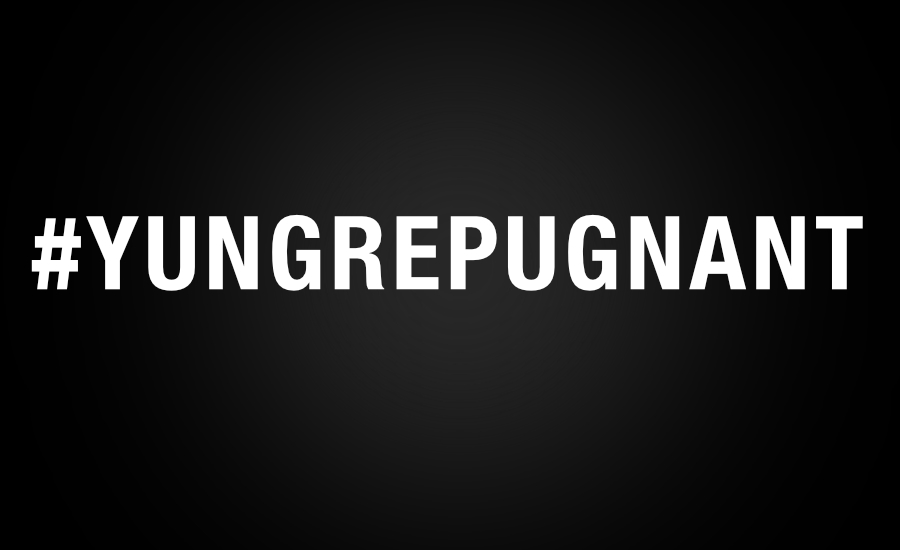 Azealia Banks is an attention-seeking twat, she is more famous for her Twitter squabbles than she is for her songs, surely as a “Rapper” she should pay more attention to her music? If she put as much energy into making her mediocre Hip-House as she does her ranting, maybe then she’d be known for something other than online bullying. Banks is famous for calling people like Iggy Azalea a racist but after her recent tirade against Zayn Malik she’s lost all her credibility when it comes to prejudice. Azealia may have an extra “i” in her name and an “e” in the wrong place but she isn’t much different than the other Azalea out there. Her fans of course defend everything she says and does, and they seem to think that Banks is somehow pro-black or anti-mainstream, but if you look past these boot-lickers, it’s obvious that she’s anything but. Azealia routinely talks about the appropriation of black culture but she then relaxes her hair and wears a weave as she searches for white acceptance, and her contradictions don’t end there. Azealia identifies as a bisexual and is African American but in her Twitter beef with Malik she called him a “sand nigger” and a “faggot”. Then when fellow Afro American Skai Jackson got involved she called her a “little black bitch”. Does this imbecile even know what the fuck she’s saying?

If you don’t know, all this recent bullshit started when Azealia Banks posted a side-by-side comparison of her music video alongside Zayn Malik’s, she essentially said that Zayn had copied one of her videos. This was despite the fact that the video in question was directed by Director X and not Malik, and ideas like wearing one contact lens is not the sole property of Azealia, in fact the aesthetics she mentioned are an older concept that Banks herself, but I guess all that’s by-the-by. Following this failed case of plagiarism, she then began laying into Malik, tweeting unprovoked, racist crap like “Keep sucking this yung rapunxel dick u hairy curry scented bitch”. She then began to tweet horridly jingoistic and pro-military shite; “U.S.A IS ABOUT TO TEACH YOU WHO NOT TO FUCK WITH!!”, “When your entire extended family has been obliterated by good ol the U.S of A will you still be trying to… Act like a white boy pretending to be black?” and “Do you understand that you are a sand nigger who emulates white boys’ renditions of black male hood?”. She also tweeted “Imma start calling you punjab you dirty bitch” which made about as much sense as her ideas about why Trump should be elected President.

I have to point out that this outburst of hatred is nothing new for Banks, and not content with simply being a racist, she is also a homophobe. She once called Perez Hilton a “faggot” and “dickbreath”, tweeting; “Does your butthole whistle? Like is your butthole so stretched and raggedy the air whistles when you move?”. She then began mixing up her slurs, tweeting “this nigga perez is a roach”, what a confused little cunt she is.

With one overrated single and one average album to her name, Azealia Banks really needs to focus on fixing her lame music rather than making idiotic, contradictory, and bigoted statements. She loves to think of herself as a defender of minorities and she routinely criticises the white, heterosexual, male establishment, but for her to use racist, xenophobic, and homophobic slurs that typically come from racist, white, xenophobic, homophobes, what makes her any different from the people she apparently criticises? Tweeting horrid crap like “still doesn’t change the fact that your mother is a dirty refugee who won’t be granted asylum” it just goes to show that black people are just as bad as white when it comes to prejudice. She might think it’s okay to call Zayn Malik a “curry scented bitch” and a “faggot” but she’d be the first person moaning if a straight white man said that her meaty, dyke clit smelled like Ackee and Saltfish.