What Went Wrong With… Work?

Work is where we spend most of our lives and since our Governments are hell-bent in decreasing the length of our retirement, it’s not unreasonable to want a job that is pleasurable as well as profitable. In reality however, most of us find ourselves in a situation which we neither planned nor wanted, and since we exist in a Capitalist society, we continue in an uninspiring job simply for the pay cheque.

Thanks to the School System, we’ve all been indoctrinated into following orders, obeying authority, and respecting hierarchy. By the time we get a job we’re already conditioned to the idea of a pecking order, and so brainwashed are we, that we blindly accept the construct of a roomful of subordinates and an all-knowing boss. Just keep your eyes forward and your nose to the grindstone and keep the company you work for profitable.

Adult life is a great hustle; saddle you with as much debt as possible so that you become captive to your commitments, commitments which pile on top of one another until you forget your dreams and aspirations. Before you know it, most of your life is on credit, whether it’s College Tuition, a Car Loan, Credit Cards, a Mortgage (that’s ‘Mort’ as in death and ‘gage’ as in pledge), and don’t forget the cost of bringing up children. The point of a Capitalist society is to keep you in perpetual want, your desire for ostensible goods then shackle you with life-long monetary obligations, and they in turn keep you working at a soul-destroying, dead-end job. A job you either fell into or a job you were forced into, but by the time you realise this isn’t what you wanted to do in life, it’s too late. Before you know it, you’ve become a clone of your parents; stuck in a rut on the conveyor belt of life. It’s a sad situation, but the majority of people walk mindlessly from school, relationship, work, retirement, to death without actually living.

Remember the things you thought you’d do when you were a kid? Remember the talents you had as a child but either ignored, forgot about, or were encouraged away from thanks to the School System? Before life beat the creativity out of you, before the confinements of work sucked the imagination out of you, you were a loving, caring, individual, a gifted human being. Life isn’t meant to be wasted, you’re not meant to be cattle herded in and herded out, endlessly clocking in and clocking out, where your only focus is your pay cheque and your only goal is making it to the weekend. Hey, if you’re gonna get paid a pittance, then you may as well get it doing something you enjoy. School taught you nothing, work teaches you even less. Break the cycle now and do something you always wanted to do. Fuck their repetitive, never-ending, mind-numbing work, go and write, paint, build, create, invent, explore, and play, but most importantly live.

It’s Never Too Late To Quit. 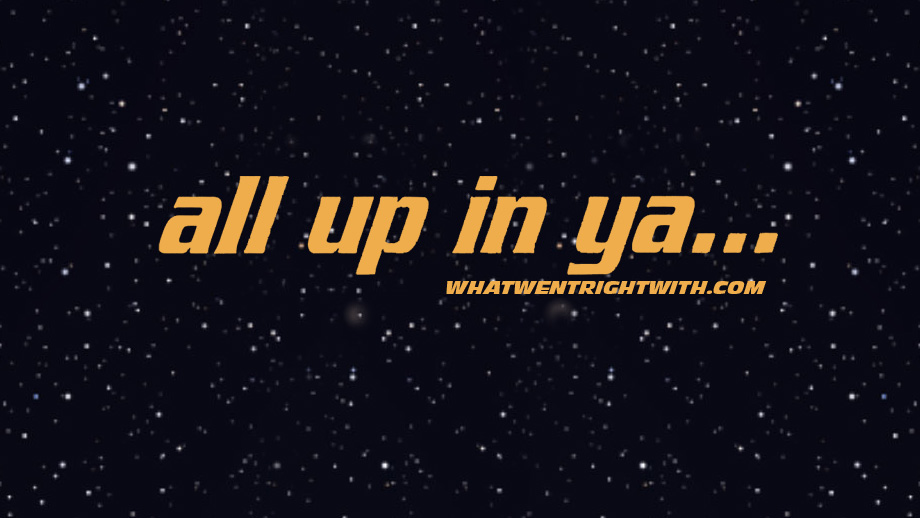 What Went Right With… Once Upon A Time In America by Smoothe Da Hustler?