What Went Wrong With… Eddie Izzard? 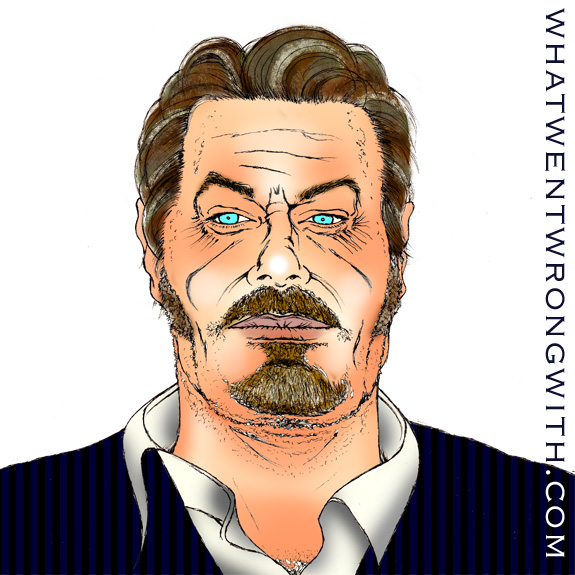 It’s really depressing when someone you thought was cool becomes a dull version of their former self. Back in the nineties, Eddie Izzard was an almost genius stand-up, his surreal and disjointed narrative weaved in and out of history and religion, and his juxtaposed topics and odd situations made for a refreshing take on stand-up. Watching one of his shows back then pretty much guaranteed a few hours of hilarity.

Today Eddie resembles someone doing a weird impersonation of himself. Watch one of his stand-up gigs now, and it’s like watching a strange pastiche of the younger, hipper, and funnier Izzard by some kind of amnesiac, medicated, future self. Similar to comedians such as Noel Fielding and Emo Philips, Eddie Izzard seems to be almost incapable of creating fresh new surreal comedy, and his whole abstract routine seems to have lost momentum and steam over the last decade.

Born in a British Colony and attending various boarding schools when growing up, I suppose it was inevitable that he’d one day become a suit. I guess we were all hoodwinked into thinking he was an irreverent and stylish representative of genuine sub-culture. Unfortunately, too much long distance running for charities, too much bad acting in films, and too many appearances on television trying to push politics on the “disaffected youth” has left him looking like a husk of his former self. These days you’re more likely to see him wearing a plain suit and a t-shirt like the boring old man stereotype he’s fast becoming. Check out Mr. Izzard on Sky News for proof…

At 0:58 in this video we see him talking about wanting to “inspire” young people to vote; and how does he choose to do this? By showing up on a centre-right News corporation with a morose face and side-parted hair… great way of enticing the young apathetic voters. Clips like this make you wonder what happened to that jovial and exuberant transvestite from the nineties.

Just to see if I wasn’t mis-remembering the past, I went back and re-watched his early stand-up and I have to say his early work was just the way I remembered it; fun and funny in equal measures. His shows “Unrepeatable”, “Definite Article”, “Glorious”, and “Dress To Kill” were great; they were just the right mixture of history and hilarity. This clip from “Glorious” shows that Eddie Izzard was much more jolly and upbeat back then…

Then in the noughties when I went to watch one of his stadium shows, I remember thinking that his jokes were becoming less enjoyable. Aside from the fact that stadiums have removed the intimate nature of stand-up, it’s the lack of structure and lacklustre content that has slowly ruined Izzard’s later shows. Somewhere between “Sexie” and “Stripped” he’s been looking and sounding increasingly straight-laced, and with “Force Majeure” his monotonous routine is teetering on aimless rambling. His shows are now jam-packed with strange sycophants who laugh before the punchline is delivered, and these sheep-like, arse-kissers keep this now unfunny funny-man in business.

More annoying than his watered-down, recycled act and his penchant for dreary politics is Izzard’s new use of prejudice contrivances. At approximately 16:32 in the following video, you can witness his use of foreign mumbo-jumbo; a mixture of gibberish and a prejudice-sounding, generic overseas accent. This kind of mild casual racism feels completely at odds with the kind of comedy he performed in the mid-nineties…

Eddie Izzard has lost his edge, he is no longer funny, and he now looks like an utter sell-out too. He’s somehow become a very plain, suited, businessman-type who thinks wearing a hint of eye-liner and a touch of nail varnish is still the source of great transvestism, even though these embellishments now cover one of the most miserable faces this side of a voting booth. His increasingly long-winded and tedious routines now feel so dispiriting in comparison to his early work, that you miss Izzard’s once youthful personality. Unfortunately, like so many celebrities of his generation (Jonathan ahem… Ross) he is now a sad disappointment compared to his nineties self. Forget “Action Transvestite”, these days he’s more like a “T.V. Drama”.