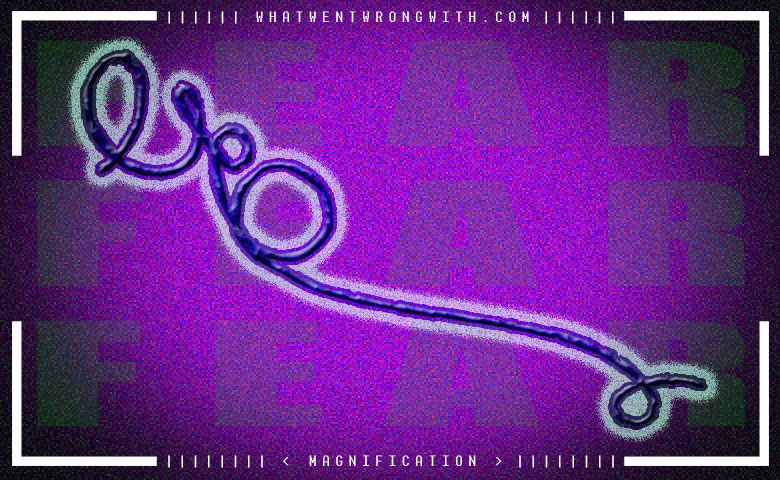 In 1763 the British Army infected Native Americans with smallpox during the Siege Of Fort Pitt by giving them blankets exposed to the virus. This use of biological warfare may have led to the eventual death of 500,000 Native Americans from a smallpox epidemic during the years that followed.

Then during the last century there were various cases of unethical human experimentation; most notably the Tuskegee syphilis experiment carried out between 1932 to 1972. The U.S. Public Health Service infected impoverished black American males with syphilis in order to study the progression of the disease. These people were given the disease without consent, and even after a cure was discovered in the form of Penicillin in the 1940’s; these people were never given treatment.

Although there is no concrete evidence that recent diseases and epidemics (such as AIDS, SARS, and now Ebola) have been used either as biological warfare or as unethical experimentation; my point is that the Government, the Military, and even the Media are hardly the most moral or ethical people on the planet. People can choose to ignore the numerous times our Governments have acted against us. They can choose to ignore the “simulation” of a biological attack on San Francisco, whereby the U.S. Navy sprayed the bacteria serratia marcescens over the city. They can chose to ignore that the C.I.A. released whooping-cough in Tampa, Florida as an experiment into biological warfare. These two occurrences are just some of the many times the State has used its people as Guinea Pigs for horrid and downright evil unethical experiments. It’s funny but if you’d have reported any “illnesses” at the time of these events; nobody would have told you that your own Government was responsible.

These aforementioned “experiments” were eventually uncovered; and yet nobody knows the countless times the Government, the Military, or the Intelligence Agencies may have “experimented” on its citizens without being disclosed. In the present day, we forget these immoral acts of the past and trust the very same organisations to protect us from harm, in the full knowledge that the State has ignored the safety of its people many times in order to further its own interests. This is surely the biggest case of forgetfulness, gullibility, and naivety that the world has ever seen. I guess the real pandemic in contemporary society is mass amnesia.

Today the threat is Ebola. Turn on any news channel, read any newspaper and you’ll see everybody from the Government down to the Journalists and Presenters giving us their usual rhetoric. According to them it’s all the fault of some monkey in Africa and the Government is doing its very best to help… sounds very familiar to me; somewhere between the movie Outbreak and the AIDS virus narrative. Hey, if Ebola turns out to have nothing to do with the Government or Military, it’s still another form of scare-mongering which the State uses for its own ends. If it’s not I.S.I.S., it’s a virus; and the only thing that will protect you is your Government and your Military. You will only be safe as long as you uphold Democracy and Capitalism, for without these pillars of Western Society; your choice is Terrorism or Disease. Great scare tactics.

The amount that have died from Ebola is anywhere between 4000 to around 9000, therefore some might argue that Ebola may not be an effective bio-weapon, at least not yet. But bio-weapons in their “test” phase or during “simulation” never kill huge amounts of people. If anything is to be learned from the past, it’s that the amount of people killed is never a measure of how seriously we should take a disease. Nor is it proof that the State has nothing to do with it. What we should be looking at is the peripheral events that the scared public seem to ignore… Obama sending Army Troops to Africa rather than Doctors and medical care, the U.S. Patent on a new strain of Ebola, and the fact that a treatment was given to an American but not to any African; the events that surround this epidemic are very murky indeed.

A small minority of people argue that Ebola is an excuse to create a Military presence in Africa, or something which will eventually make huge profits in the form of a cure following a pandemic, or simply as an experiment to see how Ebola spreads. Either way, we’ll never know the truth until some whistleblower comes forward or someone sues the Government. Similarly to the “simulations” and “experiments” of the past, we’ll probably never know the truth until several decades pass. It’s just annoying and frustrating that people in the present day are so trusting of organisations which have tortured, killed, and then covered-up their actions in the past. They’ll never do anything like that again, right?