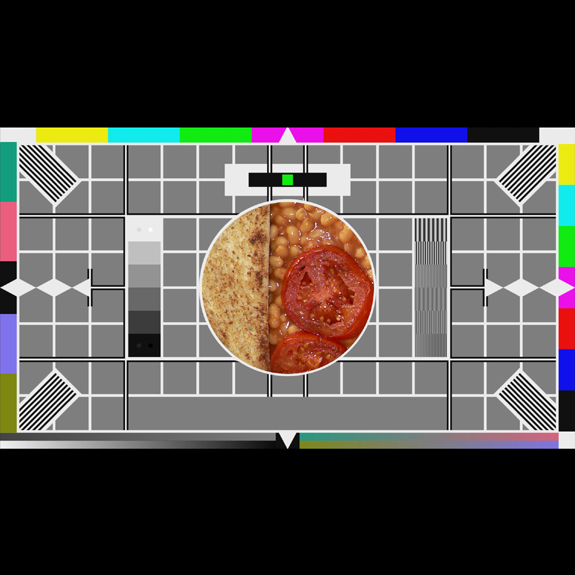 Breakfast television in present day Britain is an unexciting, uninteresting, and downright depressing slice of non-entertainment. So bland are these early morning shows in the UK, that if it weren’t for the fact that you’d just woken up, they would be a great way of sending you to sleep. Watching these lifeless offerings from the mainstream broadcasters with their ho-hum presenters and uninspiring sets, makes for the worst waking up since OneRepublic.

On channel one, we have the BBC who has always skirted on the safe yet bland side of entertainment. Their morning show consists of the flavourless tag-team of Bill Turnbull and Louise Minchin sat uncomfortably close on a red settee pretending to be best of friends whilst reading out dull stories in a back and forth fashion. First Bill reads a sentence and then Louise reads out the next, then one of them adds a Jeremy Clarkson-esque tone-change at the closing. We then cut to some nobody journalist cold and weather-beaten trying to sum up the story whilst stranded in some God-forsaken location. Then its back to the dull duo who if the mood takes them, attempt to add a quip or joke into the mix before handing over to some tarted-up co-co-presenter on the couch to chat about the current batch of BBC-approved news.

If their government and royalist-endorsed stories weren’t already tedious, they also read the same stories from the day’s newspapers, which in itself shows how bad breakfast television has become ever since the dawn of the noughties. Added to this irritating set-up are the Business, Sport, and Weather segments which along with Bill and Louise are on a torturous fifteen minute loop just in case you’d missed anything (which of course you haven’t). Inter-dispersed between all this garbage is the out-of-style BBC News theme tune which adds to a sense of impending doom along with the garish red set and ticking clock. This crummy BBC Breakfast Show is then simulcast on the BBC News Channel, so now there’s two channels (four if you count the HD channels or almost twenty if you count the regional variations) showing the exact same thing! And this is what we pay our licence fee for?

It’s not as though it’s much better on the other side. On channel three, we have ITV pushing their pro-army, pro-royal, faux-working-class rhetoric. It basically feels like the televisual equivalent of the red-top newspapers, making everybody except for the stereotypical, white, nuclear family feel unwelcome. ITV who have been suffering in the viewership stakes lately, have transformed their crappy breakfast show multiple times in an attempt to claw back their dwindling fan-base. They’ve gone from the crap GMTV to the crappier Daybreak, and within four years of this overhaul, they now offer us the crappiest of all crap shows; Good Morning Britain.

Good Morning Britain opens with a misjudged and self-important tone, with a fly-over of London, a weighty Legal Thriller-style theme tune, and a serious voice over announcing the date (complete with the year, which is handy if you’re a time traveller). We then slowly dolly toward a desk with four fuckwits sat behind it like a tribute act to The View. The presenters themselves have been trawled from other news organisations, with ex-BBC Breakfast Susanna Reid, ex-Sky Charlotte Hawkins, ex-Sky Sports Sean Fletcher, and GMTV run-off Ben Shephard, who all pretend to giggle and improvise with each other in an attempt to look friendly after their strange “heavy” opening. The jooshing-up from the dark, dingy, purple set of Daybreak to the yellow-orange-creamy affair of GMB is pointless however, since both are so devoid of personality, that the colour change of the set has made no difference at all to what’s on offer.

With the likes of Ben “noughties housewife’s crush” Shephard pretending to be a serious journalist, and Andy “lame in the eighties, lame in the teenies” Peters loitering in some shithole for a crap competition, Good Morning Britain is a middle-class, middle-aged, middle-of-the-road attempt at being current. But with Shephard looking as decrepit as someone touching forty could possibly look, the whole “edgy” attempt has been missed by miles, and aside from the LED ticker and cluttered on-screen information, the show is almost identical to ITV’s previous offerings and more importantly; the other side. To further add to this sense of déjà vu, the Good Morning Britain presenters all read from the newspapers too, but somehow ITV (who have the knack of making the same centre-right news sound even more right-wing) do this in a typical anti-minority style. This all leads neatly to the late morning crapfest; Lorraine.

Lorraine, a middle-aged off-shoot from Good Morning Britain, is intended (in a sexist way) to shift focus from the “workers” who have left the house by 8:30, and instead hone in on the stay-at-home mums. Lorraine Kelly with her non-offensive one-piece dress and her hair in a perpetual late-nineties bob maintains her fake grin for almost an hour, pretending to care about celebrity and fashion news and shitty recipes from drop-out chefs. The only thing slightly entertaining is Ross King, the weirdly out of place LA correspondent. But ignoring King, this is just an extension of the Good Morning show, whereby the same news stories are told to us, and in case you missed it, for the umpteenth time Lorraine reads out the newspapers… again! Lorraine’s show is intended, I assume to act as a bridge between the early risers and anybody who is out of work or suffering from agoraphobia. Her show is followed by almost nine hours of atrociously unpleasant television, which I’m quite frankly surprised hasn’t increased the rate of suicides in this country.

Away from the two main entertainment channels is Sky News who brings us Sunrise, a red, white, and blue opener to their already Fox-like channel. Sunrise seems to completely ignore the time of day in which it broadcasts, I mean it’s called “Sunrise”, but it’s basically the same as the rest of the day (and night). The only difference being is that Eamonn “I’m just doing this for the mortgage payments” Holmes is presenting. With Holmes sat behind his desk chatting to guests and co-presenters on a red sofa, it all seems very similar to the other channels, were it not for the fact that Sky’s show constantly backs up their non-stories with numerous video montages and heavily pixelated “Live” satellite feeds from around the world. Not to miss a trick however, Sky surprise surprise, also repeats the same stories in quarter-of-an-hour looped segments followed by, you guessed it, reading out the fucking newspapers. In typical Sky News-style the “Paper Review” section is mulled over by a team of unfair and unbalanced guests who drag each and every story into the doldrums of right-wing thought, as they sit crammed on the sofa pretending to be experts. With their weather wall and strange-looking business and sport journalists, Sunrise is another completely unpalatable breakfast that only the tasteless I assume, find appealing.

Remember the days of The Big Breakfast? It was energetic, it was current, and it woke you up and put you in a good mood for the day. Today all we’ve got is a swath of morose looking nobodies reading out the same drip-fed news stories, I would much rather wake up to the “Get Your Knobbly Nuts Out” chant than David Lowe’s BBC theme tune. Don’t get me wrong, I don’t want The Big Breakfast to return. Like all the other remakes and reboots these days, if it did return, it would probably be a disappointment. But since Channel 4 completely sold-out in the nineties, we now have no alternative to the horrid breakfast programmes from the BBC, ITV, and Sky. For a short blip on E4 we had Freshly Squeezed which although quite tame compared to Big Breakfast, did give a youthful and non-news alternative to our waking days, albeit for half an hour each morning. But since its cancellation two years ago, and after being replaced by crappy repeats of Ugly Betty, 90210 and the like, we now have nothing entertaining to watch in the morning. With Channel 4 giving us re-runs of US comedies, Channel 5 showing cheap kid’s cartoons, and BBC Two showing strange reality-based shows, there is nothing special in the morning schedule.

With basically the same stories being fed to all the mainstream news corporations, breakfast television has become a series of centre-right propaganda bytes repeated by different faces across several channels on an agonising loop. This has to be the worst morning programming in the history of morning programming. The sheer incompetence of the main three broadcasters to come up with anything of value in the morning, shows how lacking in imagination these companies really are. It’s as though some boffin with a clipboard at some point in the late nineties worked out that the attention span in the morning of a typical Brit is just over fourteen and just under sixteen minutes in length. And now all the channels have bought into this idea and we the public have to endure this horrid construct. This being said, at least the news channels are supposed to tell the news on a loop, so this taken into consideration, surely it is the responsibility of BBC, ITV, Channel 4, and Five to give us an entertaining breakfast show?

I mean if you’re ill, out of work, or just have the day off; from around 6am onward there is literally nothing on television worth watching. If you’re sat in some hospital waiting room, you’ll realise how soul-destroying breakfast (and eventually daytime) television really is.

Breakfast is supposed to be the most important meal of the day, and the televisual equivalent should also be a feast for the eyes, after all, don’t they want us to be up and be ready, all psyched up for work or school? At this rate we’ll have an entire country of people waking up depressed because of the programmes on TV. I’m pretty sure even the broadcasters have realised this, and in an attempt to stop all of us from hanging ourselves with the aerial cable, they usually insert some hollow light-hearted piece in with all the other dispiriting stories… “oh look a missing hamster is found in the neighbour’s bath!” how witty and amusing. Now back to, oh yes what we just told you fifteen minutes ago…