What Went Wrong With… The Boston Lockdown (& The Citizen’s Trust In The Government And The News)? 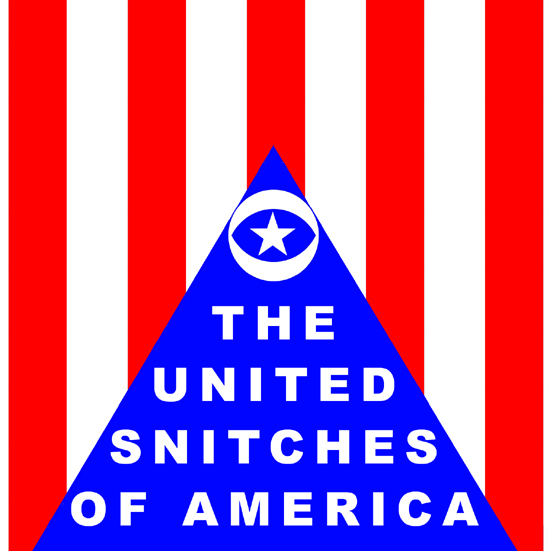 Following the Boston Marathon Bombings on the 15th April 2013, a so-called “Lockdown” was issued citywide. People were ordered to stay indoors while a rag tag bunch of power-mad Security Officers occupied an entire town. To anybody with a clear head and sane mind; this looked extremely harsh and unnecessary considering the Police were looking for only two people.

Of course the term “Lockdown” was used so not to alert a suspicious public to the truth; that they were under Martial Law. But by forcing citizens out of their homes, pointing guns at people who did not resemble the alleged Terrorists, and issuing curfews, it was only a matter of time before they suspended civil rights and abandoned habeas corpus. Indeed there was even a call to declare the Terror suspects “Enemy Combatants”, strip them of their rights, and imprison them without any evidence or proof. This was Martial Law in all but name.

To add to these oppressive tactics, News channels and their prejudicial presenters, began to jump to all kinds of conclusions. At one point they were happily blaming the Tea-Party and Right-Wing Militias, then suddenly changing tack and pointing the finger to a Saudi suspect. When CCTV stills were shown to the public, it showed how prejudicial the citizens themselves can be when they are told that they must find a Terror “suspect”. A couple of hours and days in, the coverage had every racist American fingering anybody with a brown complexion seen in the Boston area. Arseholes even identified one of the bombers as Sunil Tripathi (a missing American student later found dead).

It just goes to show how a “State Of Emergency” can result in an Invasion Of The Body Snatchers style exercise, with brainwashed citizens pointing their witch-hunting fingers at innocent citizens. Stereotyping in a crisis is hardly helpful, and rushing to accuse anybody the public deems “suspicious”, in this day and age; results in ethnic and religious prejudice. With CNN initially reporting that a “dark skinned” individual was to blame, when in fact it was two literal “Caucasians” who allegedly set off the explosives, this just added to the misinformation and panic already present. Ramming incorrect news down our throats as genuine “facts” and then later retracting them, seems to be a constant theme of the corrupt and rating-hungry News Corporations.

Following the bombings, the TV Networks and a proportion of the internet resembled the telescreens in Nineteen Eighty-Four. During the initial manhunt, a News Anchor told us not to believe any “Rumour” or “Conspiracy Theories” on the internet and instead only listen to the information we receive from our “Trusted” News Networks. A week after the bombings, the News was constantly letting the citizens know that the battle being fought had been neatly and conveniently won thanks to the actions of the State; how very Orwellian. The whole event and its weird unfolding plot smacked of a Sci-Fi-esque bullshit-stirring experiment to see how quickly people would bow down to the Government while they slowly chip away at their citizen’s freedom.

Giving “Officers” of the “Law” the ability to ignore Miranda Rights and even Civil Rights is slowly becoming a dystopian reality. Yet it was not until the curfew was lifted that a citizen-snitch found the second alleged bomber; just going to show that Draconian laws do not help resolve any real-life situation.

Despite its ineffectiveness, current “temporary” Martial Law, could be extended indefinitely should the next actual or perceived threat be bigger or more dangerous. Boston seemed a giant Petri dish of Terror to see how citizens react to cloaked totalitarianism. And judging by the crowds of sheep chanting “USA, USA”, gladly holding signs reading “Thank You Police”, it proved just how easily panic can lead to a distorted form of patriotism, and how scaremongering can make citizens thankful of the oppression they are under.

Aside from the flag-waving doormats and boot-lickers, it is the post-9/11 idea of stripping a person of their rights due to the severity of their crime, that is the most heinous. And nullifying any idea of “Innocent Until Proven Guilty”, in the United States, is unconstitutional. Everybody is entitled to due process, regardless of their alleged crime; hell even Jeffrey Dahmer who killed more people than the Boston Marathon Bombings, got a fair trial. I refuse to call anybody who is not tried in an open court a “Terrorist” or “Murderer” without adding the word “alleged” to the front. Because the next time it could be you who is deemed an “Enemy Combatant” and find yourself without any Natural, Legal, Civil, or even Human Rights.